IN WHICH IT BURNS 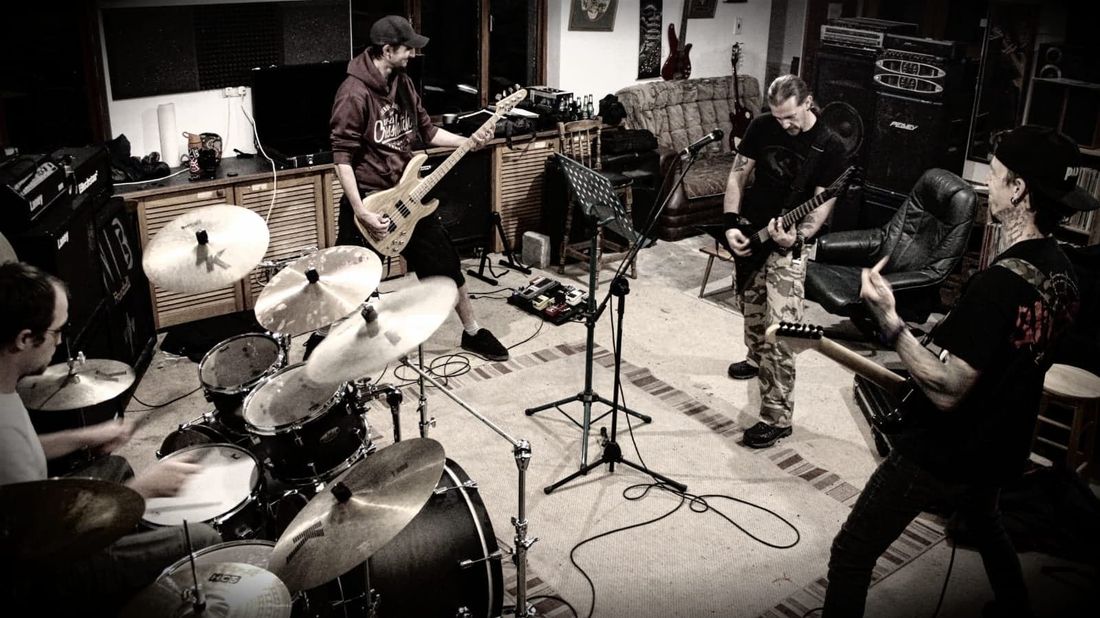 First E.P. “Hatred In Disguise” was released on the 21/11/16 ahead of the band’s first gigs later that November Early 2017, bass player Mikey left the band prior to the recording of the second E.P. “Beneath The Darkness Of Skies” which was released September 2017.During this time the band played many shows whilst looking for a replacement bassist. Mikey re-joined the band in February 2018 and the

writing and recording their third, self-titled, E.P. was completed and released in June 2018.

Dan left the band at the end of 2018 and was replaced permanently in February 2019 by Eugene “Vinny” Lowe who set about putting his own stamp on the In Which It Burns sound.

2019 was the bands most successful year to date. With appearances all across the UK and becoming finalists in Bloodstock's Metal to the Masses. The band also ran their own rock & metal club nights in Pembrokeshire from May to September.

Their first live E.P “VI. III. L IV E. I” was released in September and in August work had started on the band’s first full length album “Silence The Nothing” .